According to the Oxford Learner’s Dictionary, a “fanatic” is “a person who is extremely enthusiastic about something” or “a person who holds extreme or dangerous opinions.” The word’s etymology is intriguing. Our modern term stems from the Latin words fanum and fanaticus. Fanum means temple or shrine. And fanaticus has several meanings, including “of or pertaining to a temple,” “divinely inspired,” or “possessed.” Both words denote religious behavior – sometimes in a good sense and sometimes in a bad sense. Perhaps it is appropriate, then, to say that a fanatic is one who is fired with a religious zeal for something. 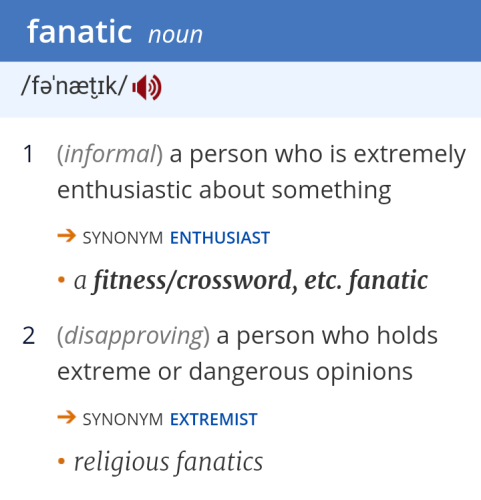 If we accept this definition, I must again confess: I’m a fanatic! I’m extremely enthusiastic about Freedom. I’m exceedingly eager to regain and maintain my individual rights. I’m dedicated to my own self-government. I’m hell-bent on safeguarding my Faith, Family, and Freedom.

I believe in the American Gospel of Liberty. I worship at the altar of Freedom. I bow before the throne of Independence. I give obeisance inside the temple of sacred, undeniable, and God-given rights.

My love for Freedom is fanatical, aggressive, and uncompromising. I believe in militant Freedom. I’m a hardened devotee of the principles of Liberty. I believe that only an unflinching and spirited defense of our natural rights can succeed in securing them in the face of the devastatingly evil, vicious, and cunning enemy that opposes us.

“The issues of the world must be met and met squarely. The forces of evil do not disdain preparation, they are always prepared and always preparing . . . The welfare of America, the cause of civilization will forever require the contribution of some part of the life of all our citizens to the natural, the necessary, and the inevitable demand for the defense of the right and the truth. There is no substitute for a militant freedom. The only alternative is submission and slavery” (Calvin Coolidge, The Price of Freedom: Speeches and Addresses, 159).

Our situation is dire. Society is crumbling around us because of the machinations of a worldwide cabal of gangsters. Our families are imploding, by design. Cultural Marxism is running rampant and corroding everything. Things have reached such a critical point that our only option is Liberty or slavery. With everything hanging in the balance, isn’t militant Freedom warranted? Aren’t we justified in being radicals for the cause of our country?

The socialist historian Charles A. Beard did a lot of damage to the Republic by pushing his flawed economic interpretation of the American history, but he did make at least one worthwhile comment. He said:

“You need only reflect that one of the best ways to get yourself a reputation as a dangerous citizen these days is to go about repeating the very phrases which our founding fathers used in the struggle for independence” (M. Kenneth Creamer, The Reformation of Union State Sovereignty: The Path Back to the Political System Our Founding Fathers Intended – A Sovereign Life, Liberty, And a Free Market, 265).

Repeating the Founding Fathers’ slogans gets you branded as a “dangerous” extremist these days. Saying “Liberty or death,” like Patrick Henry did, can get you on a government watch list. Repeating Benjamin Franklin’s motto “Rebellion to Tyrants is Obedience to God” can get you labeled a potential domestic terrorist. Should being considered an “extremist,” a “radical,” a “zealot,” a “Nazi,” a “fascist,” a “white supremacist,” a “racist,” a “homophobe,” or a “fanatic” deter us from doing what is right? Of course not!

At the end of the day, unless we’re prepared to become die-hard radicals, entrenched extremists, and uncompromising fanatics for our Faith, Families, and Freedom, we don’t deserve any of them. Thomas Jefferson, one of the truest fanatics in all of recorded history, stated: “[A]ll timid men . . . prefer the calm of despotism to the boisterous sea of liberty” (Thomas Jefferson to Philip Mazzei, April 24, 1796). Which are you – timid or brave, afraid or indomitable, servile or independent?

Timid men are not worthy of the blessings of Liberty. Weak people are not capable of self-government. Cowardly nations do not deserve to be free. “The time is now near at hand which must probably determine, whether Americans are to be, Freemen, or Slaves” (George Washington, General Orders, July 2, 1776). When the day of decision comes, and it will come, where will you stand? 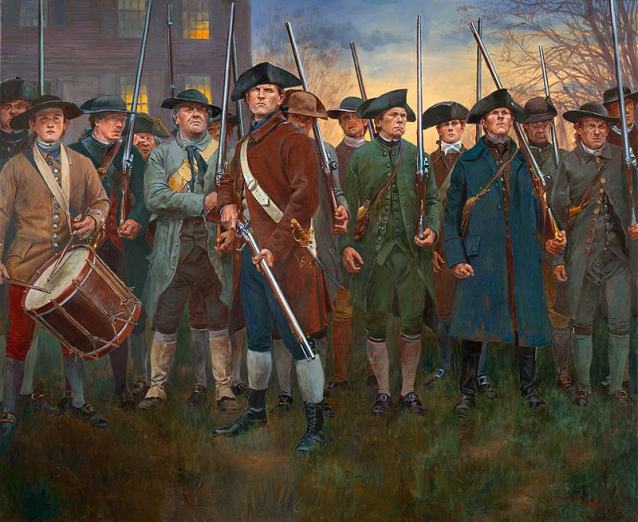 "The only foundation of a free constitution is pure virtue, and if this cannot be inspired into our people in a greater measure than they have it now, they may change their rulers and the forms of government, but they will not obtain a lasting liberty. They will only exchange tyrants and tyrannies." - John Adams to Zabdiel Adams, June 21, 1776
"If my people, which are called by my name, shall humble themselves, and pray, and seek my face, and turn from their wicked ways; then will I hear from heaven, and will forgive their sin, and will heal their land." - 2 Chronicles 7:14
"Of all the dispositions and habits which lead to political prosperity, religion and morality are indispensable supports. In vain would that man claim the tribute of patriotism, who should labor to subvert these great pillars of human happiness, these firmest props of the duties of men and citizens." - George Washington, Farewell Address, 1796
%d bloggers like this: