I am proud to announce that on January 11, 2018, I published my first book. Titled A Century of Red, the work details the origin, history, and legacy of the communist conspiracy, with an emphasis on its occult nature and objectives. The project took me just over three months from conception to publication, and weighs in at 304 pages in Kindle. I am happier than I can express to launch into the world my witness that the communist conspiracy is a Satanic cabal and that it has never been more powerful and pervasive than it is today.

A Century of Red is designed as an overview of this pressing subject. As such, the book is good for beginners who know relatively little about communism, its history, tactics, and objectives. However, even seasoned researchers will benefit from having so much information in one place – particularly as regards the rarely discussed occult elements of communism. And certainly every reader will benefit from the lengthy “recommended reading” sections at the end of the book, as well as the 550 references.

I have joked that A Century of Red has a little something to offend everyone. Truthfully, this book holds nothing back, pulls no punches, spares no feelings, and steps on a lot of toes. Political correctness has no place in legitimate research and truth-seeking. I doubtless disturb more than a few sacred cows as I discuss communism as the hidden hand behind so many of the destructive mass movements that have shaped our culture and way of life.

The book opens with a discussion of the great secret behind communism; namely, that communism is an occult conspiracy. I present evidence demonstrating that communism’s kingpins – Marx, Lenin, Stalin, etc., – were not atheists, but Satanists. These occultists combined to forge a one-world order that is but the means to usher in a global Luciferian religion. In so doing, they have set up communism as a parallel religion to Christianity – a doomed contender for the throne of Almighty God. As I wrote in chapter three:

“Satanic communists and atheistic communists alike find kinship in the state religion of communism, and the power it gives them over other people who they consider to be beneath them or who stand in the way of “progress.” The mechanism of such a totalitarian system provides the perfect means to gratify the pride, lusts, and ambitions of worldly people. Following the path of their dark master, these communists are bound together with chords of hate and have come out in open rebellion against God’s Plan of Happiness.”

This unique communist hatred is described and is shown to be the driving force behind the savage acts committed by the Soviets against the peoples they subjugated. The staggering death toll of over 100 million inflicted by the Bolsheviks and their Red Chinese counterparts is discussed in gruesome, often chilling, detail. Soviet culpability in beginning World War II, and the ghastly atrocities committed by the Red Army against Germany, are similarly detailed. And a chapter is devoted to the Western collusion that made the Soviet Union’s rise possible. In all of these sections, the point is driven home repeatedly that communism’s atrocities are unparalleled in world history, whether in scope, scale, systematization, or savagery.

After outlining the medieval brutality the Bolsheviks have inflicted around the globe, I step back and ask the question, “Just who are these Bolsheviks and how did they get their start?” This question precipitates a discussion about the Bavarian Illuminati, Freemasonry, and international Jewry. As I demonstrate, the monstrous communist conspiracy was spawned by a fusion of these three conspiratorial groups. And communism has since spawned the Fabian Socialists, the feminists, the environmentalists, etc. All of these movements have their origin, ultimately, in occultic secret societies.

Piggybacking on the previous chapter, I discuss the Jewish involvement in Bolshevism. On one hand, most researchers ignore the very prominent Jewish involvement in communism, while on the other hand, some people take it too far and blame the Jews exclusively for communism. Both sides are in error, as I attempt to demonstrate. Inasmuch as Karl Marx, Lenin, Trotsky, and the majority of leading Bolshevik conspirators were Jewish, it cannot be denied that Jewry played a distinct role in the communist saga. But the blame for communism cannot be heaped solely upon Jewry either. The real truth is somewhere in the middle. To close out this section, I briefly discuss Zionism and Israel and add a word about false and real anti-Semitism. 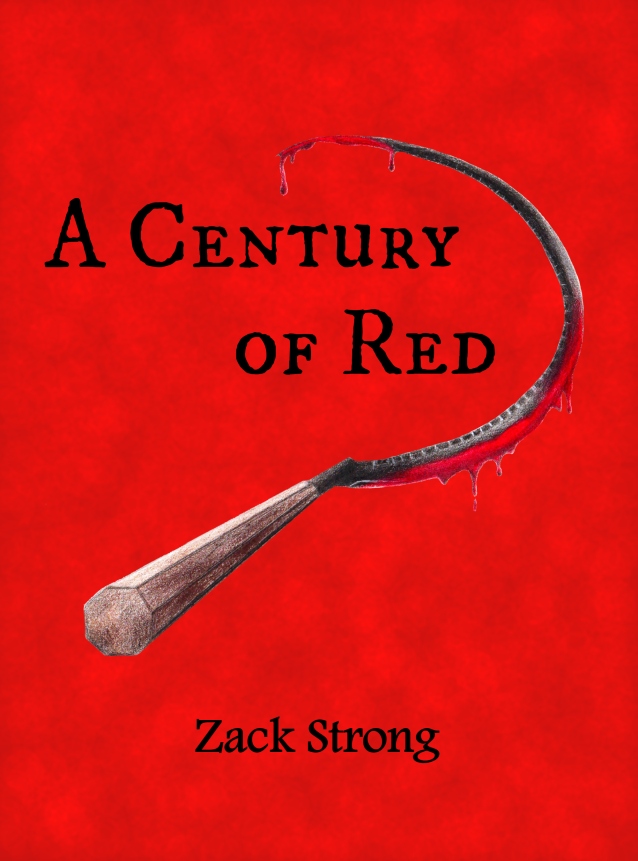 Nearly the second half of the text is devoted to the cultural revolution that has shaken the Christian, traditionalist foundation our society was built upon. The longest chapter within this section discusses feminism and the fact that the entire Women’s Liberation movement was and is a communist front designed to manipulate women into destroying the bulwark of Liberty – the traditional family unit. As designed by Adam Weishaupt (founder of the Bavarian Illuminati), the conspiracy’s plan was to ideologically capture women with false promises of “emancipation” from the so-called “oppression” of the “patriarchy” that the plotters would conjure up in their minds. This tactic was later employed by the communists, who are, as I detail, direct descendants of Weishaupt’s Illuminati and their Masonic and Jewish cohorts.

After detailing the feminist/communist assault on the institution of the family, the militant homosexual agenda, the so-called Civil Rights movement, and environmentalism are discussed and exposed as, you guessed it, communist fronts. Additionally, the subversion of American public schools and churches is highlighted, as well as the rampant communist influence in the United Nations. The last leg of the book discusses Mikhail Gorbachev, Vladimir Putin, the fake “fall” of the USSR, and the false religious “revival” of modern Russia.

To close out my saga, I recap the salient points my book raises and then discuss the only remedy that can save us from the communist conspiracy – repentance. I quote ex-KGB spy, Yuri Bezmenov, who stated that “the only answer” to communist subversion is faith and moral superiority. Truly, the answer to communist aggression is not missiles, tanks, or an increased military budget – it is a sincere return to the traditional Christian principles that made the United States the greatest nation in world history.

While it unavoidably sounds self-serving, I encourage you to purchase a copy of A Century of Red and familiarize yourself with the communist conspiracy. Learn its origins, its history, its tactics, and its objectives. This topic was never more relevant than it is now. Communism is simply not dead; it is the greatest enemy mankind has ever faced, and it is alive and seething today. I end with a quote from the closing pages of my book:

“If the Red Plague of communism is not identified, quarantined, and eradicated quickly, it will infect the whole of mankind and the earth will convulse, contort, and die an excruciating death. . . .

“. . . If not stopped, this diabolical scheme will culminate in a world government crowned by a Luciferian world religion enforced at the point of the sword. . . .

“With all the passion of my soul, I encourage you to come to Christ, to boldly defend the truth, and to “stand fast therefore in the liberty wherewith Christ hath made us free” (Galatians 5:1). The Synagogue of Satan can only give you misery and false hope whereas the fold of the Good Shepherd, the Savior Jesus Christ, offers you everlasting life, never-ending joy, eternal love, and mansions in our Heavenly Father’s Kingdom.”

"The only foundation of a free constitution is pure virtue, and if this cannot be inspired into our people in a greater measure than they have it now, they may change their rulers and the forms of government, but they will not obtain a lasting liberty. They will only exchange tyrants and tyrannies." - John Adams to Zabdiel Adams, June 21, 1776
"If my people, which are called by my name, shall humble themselves, and pray, and seek my face, and turn from their wicked ways; then will I hear from heaven, and will forgive their sin, and will heal their land." - 2 Chronicles 7:14
"Of all the dispositions and habits which lead to political prosperity, religion and morality are indispensable supports. In vain would that man claim the tribute of patriotism, who should labor to subvert these great pillars of human happiness, these firmest props of the duties of men and citizens." - George Washington, Farewell Address, 1796
%d bloggers like this: